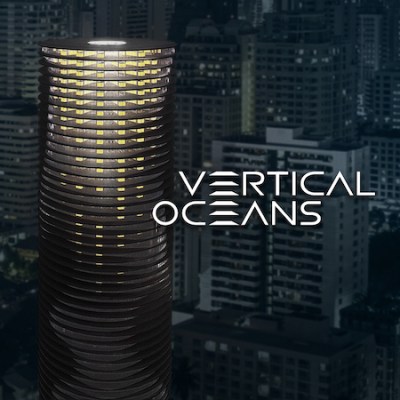 John Diener, the CEO of an aquaculture nutrition and genetics company, would visit hundreds of shrimp farms as part of his job. But gradually he became frustrated by some of the environmentally unsustainable practices used in many locations. One night, his wife bought some frozen shrimp to cook for dinner and he realized the industry he was involved in was poised to affect the health of his own family. Why? Because the shrimp was from a country that is known to use antibiotics on its shrimp farms. He decided enough was enough, and set about building a new model for seafood.

The result was Vertical Oceans, a startup that grows sustainable shrimp in huge “aqua towers”, which can be located inside cities, potentially in facilities that even look like buildings. The towers can incubate shrimp without chemicals or antibiotics, and out of season. And let’s remember, Shrimp is a $50 billion a year market globally.

Coming out of IndieBio, Vertical Oceans has now closed a $3.5 million seed round with Khosla Ventures. This would appear to be the first time a major Silicon Valley fund has invested directly in an aquaculture startup (as far we know). Khosla led the round at $3 million and SOSV followed their pro-rata for the remaining $500,000.

So far the startup has had 10 harvests in the last six months from its small proof of concept facility in Singapore to demonstrate the core biological concept works and can produce a good product.

Competition-wise, there are two companies in Singapore with vertical aquaculture systems — Universal Aquaculture and Apollo Aquaculture. There is an indoor system in the U.S. called Tru Shrimp, which is not specifically vertical farming but is developing a scalable indoor farming technology.

Diener says: “Our product tastes like fresh shrimp from the ocean, that’s really hard to achieve consistently in a recirculating aquaculture system. Because our product is so high-quality and fresh, we can sell on par with fresh wild-caught versus farmed frozen shrimp. This higher price more than offsets the costs of going vertical and urban.”

The system is specifically designed to be “location agnostic” vertical farming in urban locations, including cities with cold winters like Chicago. It’s now expanding into a new facility adjacent to downtown Singapore where it will develop its technologies at full scale.

Diener and co-founder Enzo Acerbi previously worked together at an insect protein company where they helped to develop and scale up their technology, and so have experience with scaling agritech.

Flowrite is an AI writing productivity tool that wants to

Google agrees with UK’s CMA to deeper oversight of Privacy

Boris Johnson orders return to face masks and isolation to