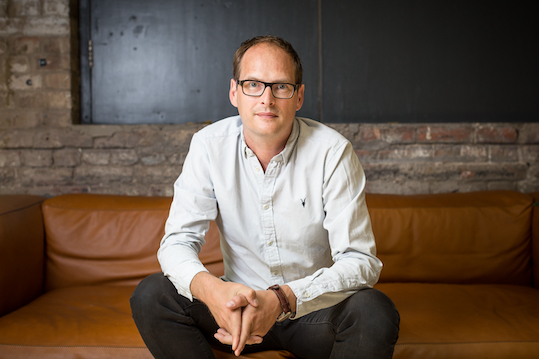 Much has been made of the rise of the “creator economy” in the last year. With the Pandemic biting, millions flooded online, looking for a way to make money or promote themselves. The podcasting world has exploded, and with it platforms like Patreon, Clubhouse, and many others. But the thorny problem remains: Do you really own your audience as a creator, or does the platform own you? Companies like Mighty Networks, Circle and Tribe have tried to address this, giving creators greater control than social networks do over their audiences. Now another joins the fray.

Disciple Media bills itself as a SaaS platform to enable online creators to build community-led businesses. It’s now raised $6 million in funding in what it calls a ‘large Angel round’. It already claims to have garnered 2 million members and 500 communities since launching in 2018. Investors include Nick Mason (drummer in Pink Floyd), Sir Peter Michael (CEO of Cray Computers, founder of classic FM, Quantel and Cosworth Engineering), Rob Pierre (founder and CEO of Jellyfish), and Keith Morris (ex. chairman Sabre Insurance). It’s also announced a new Chairman, Eirik Svendsen, a expert in online marketplaces, SaaS and the publishing and media industry.

On its communities so far it has American country star and American Idol judge Luke Bryan, Gor Tex, and Body by Ciara. The platform is also available on iOS and Android and comes with community management tools, a CRM, and monetization options. The company claims its creators are now “earning millions in revenue each year.”

Benji Vaughan, Founder and CEO said: “The scale and rapid growth of the creator economy is extraordinary, and today that growth is being driven by entrepreneurial creators looking to build independent businesses outside of Youtube and the social networks.”

Vaughan, a Techno DJ and artist-turned-entrepreneur, says he came up with the idea after building similar communities for clients. He says the data created on Disciple communities is owned entirely by the host who built the network, “removing third-party risk and allowing insights to be actioned immediately”.

He told me: “We are moving from a position of effectively having ‘gig economy workers for social networks’ to owners of businesses who use social networks for their needs, not the other way around. Therefore, these people are starting to leave social networks to build their businesses and using social networks as marketing channels, as the rest of the world does. Once that migration happens where they move away from social networks as their prime platform, they need a hub where their data is going to get pulled together, they have an audience, which we see as a community that connects with itself as much as they do with the host.”

He thinks the equivalent of Salesforce or HubSpot in the creative economy is going to be a community platform: “That’s where they’re going to aggregate all the information about their valuable audience or community engagement. So, we are looking to, over time, to build out something very akin to what HubSpot sites they have for tech companies or SaaS businesses: a complete package, a complete platform to manage your engagement with your users, grow your user base and then convert that into revenue.”

Rob Pierre, founder and CEO Jellyfish said: “Creating and engaging with your community digitally has never been more important. Disciple allows you to do both of those things with a fully functional, feature-rich platform which requires very little upfront capital expenditure. It also provides numerous options to monetize your community.”