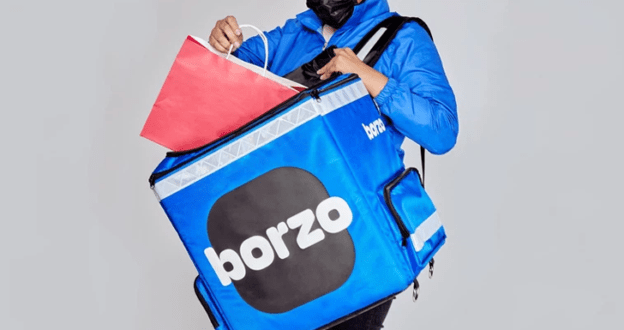 If you’re in India, the Philippines, Russia, or Vietnam, Amazon Prime and Gorillas are probably not that much use to you. Comparable to DoorDash Drive or Lalamove (Malaysia), Dostavista is a “crowdsourced” same-day delivery service. Founded in Russia, the startup initially figured out a way to appeal to gig economy workers in countries such as the ones above by creating a game where players would be asked to deliver virtual items, before pivoting to the real thing. That left-of-field thinking has seen it expand to countries not typically touched by the bigger delivery startups.

Now the Amsterdam HQ-d startup is rebranding as “Borzo” to bring its operation in 10 different countries under one. At the same time, it’s raised $35 million in a Series C funding round led by UAE-based investor Mubadala. Also participating were VNV Global, RDIF, Flashpoint Venture Capital, and others.

The demand for affordable, same-day delivery of goods was obviously accelerated by the pandemic, and no less so in developing countries as well as developed ones.

Borzo says its gig economy workforce enables delivery via any route, any transport, any weight or size. The startup says it has built algorithms to optimize numerous parallel delivery routes taking into account the geographical routes, packages’ contents, couriers, and other factors.

In a statement, Mike Alexandrovski, founder of Borzo, said: “With the new round closed we continue to move toward our goal of becoming one of the top courier delivery companies in every market we operate in. To achieve this goal we believe it’s important to ensure operational synchronicity and integrity of the company’s brand perception, and that’s why we rebranded it to Borzo.”

Founded in 2012, Borzo says it now has a customer base of 2 million users, 2.5M couriers and operates in 10 countries including Brazil, India, Indonesia, Korea, Malaysia, Mexico, the Philippines, Russia, Turkey, and Vietnam. It claims to be fulfilling over 3M orders per month, while its annual gross revenue run rate approaches $150M, it says.

Faris Al Mazrui, Head of Russia & CIS at Mubadala, said: “The true fundamental shift in eCommerce took place with the increasing reliability and convenience of on-demand delivery services. In Borzo, we find a team with a clear vision of the opportunity in the evolving on-demand delivery space. They have succeeded in going global; becoming competitive in 10 new international markets.”.

Last year we covered Borzo’s $15 million Series B round led by Vostok New Ventures, with participation from existing investors Flashpoint and AddVenture.

Straffr is a smart resistance band that...

Straffr is a smart resistance band that helps you exercise

Boris Johnson claims Dutch PM has offered to mediate on