Plans to force children to wear face masks in secondary schools were hit by a backlash on Sunday night as figures showed a fall in the number of new Covid cases.

Tory MPs, a  government scientific adviser, charities and parents’ groups warned of the long-term impact of masks on children’s mental health and said restrictions must be balanced against the risks of the virus.

It came as data showed that new cases in England dropped by almost a quarter on Sunday after five days of successive rises. Daily Covid hospital admissions also fell by a quarter in two days, declining from 2,370 on Wednesday to 1,781 on Friday.

Dame Rachel de Souza, the Children’s Commissioner for England, said it was “concerning” that pupils were being asked to wear masks to school when the same was not expected of adults going to work.

Jo Campion, the deputy director of advocacy at the National Deaf Children’s Society, said the return of masks would “fill thousands of deaf students with dread” as it made lip reading impossible, and Molly Kingsley, the founder of the parent campaign group UsForThem, said children need “an unrestricted, normal school life”.

On Sunday night, government sources confirmed that there was likely to be a statement to the Commons on the latest rules when MPs return on Wednesday.

Both Sir Iain and Mr Jones rebelled against the Government on Covid restrictions last month, when Boris Johnson faced the biggest Commons revolt of his premiership. The latest masks move risks further backbench anger, although there will not be an opportunity for a formal rebellion because it is guidance, not law – meaning it will not be put to a vote.

However, concerns are likely to be fuelled after unions warned that the measures would not be enough to prevent “inevitable” disruption to education, with staff sickness levels likely to mean classes, and in some cases entire schools, are sent home.

In a letter to schools, Nadhim Zahawi, the Education Secretary, urged retired teachers to return to the classroom to cover any shortages, while officials told schools to consider measures such as combining classrooms.

A government source said on Sunday: “Nobody in the Government wants to see children wear masks for a day longer than necessary, which is why we have built review points into this guidance.”

The measure is set to be re-examined on Jan 26, along with other Plan B rules that are expected to be rolled over at the first review point this Wednesday. The insider said the “time-limited decision” had been made to help keep schools open and children in classrooms.

It came as the latest figures for England showed 123,547 cases reported on Sunday, falling from 162,572 the day before – a 24 per cent drop and the first after five days of rises.

Sir Iain, a former Tory leader, told The Telegraph the data showed that “we’ve got to hold our nerve”, adding: “I think this move [face masks in schools] is premature. I think we’ll see Covid spike and start to fall like it did in South Africa.

“It’s far better to test pupils than to mandate masks. They will be worn badly and won’t stop contact between kids. I don’t know who they’re going to protect – the teachers should be triple jabbed by now. It’s very important that the schooling isn’t wrecked as a result of this.”

Mr Jones said that he was “worried” about the measures because they could have a “counter-productive effect on education”. In light of the latest data, he said the Government “should be very, very reluctant to impose that restriction on children who are suffering enough challenges”, urging ministers to think again.

Andrew Bridgen, the Tory MP, said he was also strongly opposed to the decision to mandate masks for secondary school pupils, adding: “I think the children have suffered immeasurably during this pandemic and these measures are taken to try and protect others. I honestly feel that the legacy of Covid is going to be the damage we’ve done to our children.”

His concerns were echoed by Robert Halfon, the chairman of the education select committee, who called on the Government to balance the risk of Covid against the long-term impact on children’s mental health and well-being.

Prof Viner, professor of adolescent dealth at UCL and a member of Sage, said he only supported the move to introduce face masks with “a very heavy heart”. He added: “There are clear downsides to wearing masks, but the biggest downside of all would be children not being in school.”

The former president of the Royal College of Paediatrics and Child Health said there was “very little direct evidence that mask wearing in schools reduces transmission” but that transmission among teenagers is “similar to that of adults”, where there is proof face coverings are effective.

He added that “there is lots of evidence of harms around mental health, increased anxiety and issues with socialisation” and that masks can exacerbate this in adolescents and “isolate people”.

Dame Rachel said that if the use of masks was a short-term measure it was “the lesser of two evils” because “the harm of children not being in school, to me, is far greater”. But she added: “I worry that it is just another case where we’re expecting children to take the hit rather than anyone else in society, and it just seems a bit unfair.” 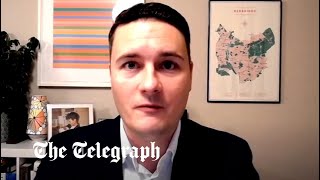 But union leaders warned that the last-minute changes would not prevent disruption and had not gone far enough.

Paul Whiteman, the general secretary of school leaders’ union NAHT, said: “The reality is that if too many school staff become ill with Covid there are going to be challenges in maintaining provision, be that in-person or remote. Some form of disruption at the start of next term is looking sadly inevitable.”

Local authorities in some areas were imposing their own Covid rules which could see children miss more school days. The Government changed the rules last month so that people with Covid can leave isolation after seven days.

But public health advice sent to schools in Cheshire East, seen by The Telegraph, advised that children who have Covid are “unlikely” to be able to follow national guidance which calls on them to “limit close contact with other people in crowded or poorly ventilated spaces” when released early from isolation.

It advised them to stay at home for 10 days of isolation, potentially meaning that they miss an extra three days in school. It is also advising that children who come into close contact with a Covid case should isolate for five days, against government guidelines, one headteacher told parents.

In their public health guidance for schools, Bradford, Islington and Trafford councils are also still advising that the isolation period should be 10 days.

The publicly available guidance is likely to cause confusion among parents and teachers who have tested positive over the Christmas break. On Sunday night, Islington said it would be updating isolation to seven days in line with government guidance. None of the other councils responded to a request for comment.

On Sunday, the Department for Education said schools be following the national Department of Health guidance on testing and isolation.

Although term starts for most schools on Tuesday, many secondaries are delaying a return to teaching to carry out testing days. Some will stagger the return across the week, The Telegraph understands.

Tory voters will ‘evaporate’ unless the National...